VR — The Dream, Reality, The Future

In Star Trek—Next Generation, Jean Luke Picard and his crew explored the unknown, at the furthest reaches of the universe. When they weren’t busy negotiating with unknown lifeforms, and attending to immediate duties, the crew could entertain themselves on the holodeck. The holodeck is a fully immersive, holographic, virtual reality experience. It possessed an encyclopedic knowledge, virtual intelligence, and could create any experience its users desired.

Although mostly used for entertainment on the Enterprise, the potential applications of such a technology are limitless. Fully featured virtual reality would allow architects, engineers, and creators of all types to flex their imaginations and re-shape the face of the earth. Virtual reality could support the education of any number of skilled trades. For instance, it would allow doctors to practice virtual surgery, and learn anatomy in a dynamic and interactive fashion. Personally, I just think it would be great to have a virtual workstation where I could interact with my desktop and the internet in a perfectly optimized virtual environment.

Ready Player One was released in theaters earlier this year, and is VR’s breakout feature film. Set in the year 2045, this movie takes us on a journey through the Oasis, a virtual reality experience that everyone alive seems to spend most of their time in. The Oasis is a cosmos, populated by wizards, superheros, villains, and race car drivers. The technology used to access that world doesn’t look much more advanced that what is available today, however, their experience is unquestionably more expansive, and high definition, than anything currently available on the market. In the Oasis, players can go anywhere, do anything, and be anyone; being limited only by the imagination. As incredible a display as Spielberg presents it’s quite possible, and easy to imagine, that our VR capabilities could advance as far within the next 20 years.

The coming virtual universe will be populated with its own galaxies, planets, cities, cultures and economies as vast as the internet itself. Some will never wish to leave their virtual lives, and perhaps some will go fully virtual. I’m sure that there are plenty of people who would live entirely virtual lives, if possible. It’s a foregone conclusion that once the tech is ready, many will happily plug themselves into the matrix. I wonder what type of work could be available in a VR ecosystem. Maybe I would spend most of my day working on projects from inside of my VR headset, and use reality for a rest. I’m not sure what positions are available in the virtual world, but I’m available.

When you consider the modern capabilities in graphics rendering, processing capabilities, artificial intelligence, distributed consensus, and cryptocurrency its easy to spin together a vision of a dystopian cyber-punk fantasy set in the not too distant future.

Now that I’ve whet my appetite for Virtual reality,  let’s have a look at some of the popular VR technology currently available, and prepare for what to expect from the future. 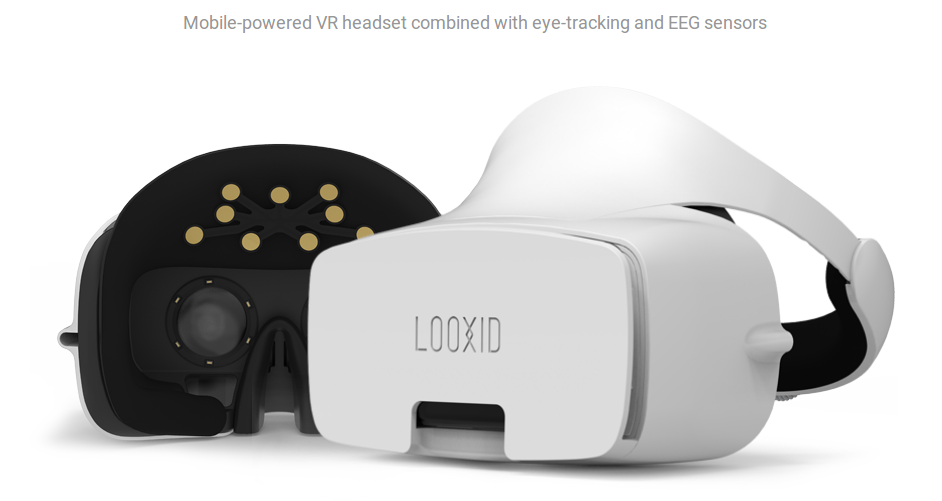 One of the more interesting products on the market comes from Looxid labs, who has released the first VR Headset—Brain Sensor combo. This headset was designed to help us better learn how our brains operate, and is the beginning of a new generation of bio-hacking technologies. Another product that’s on the edge of VR tech is the Teslasuit. Like the haptic suits used in Ready Player One, the Teslasuit offers a more immersive VR experience by introducing the sense of touch. The Teslasuit offers haptic feedback, climate control, VR-gloves, and a biometric system. These technologies are great for gaming, but that’s not necessarily their primary use. There are countless applications in research and education alone, these extraordinary devices and their predecessors will further our knowledge of the human form and substance. These type of applications make me think of the HBO series West World, about a luxury adult fantasy entertainment park populated by lifelike robots with compelling artificial intelligence. 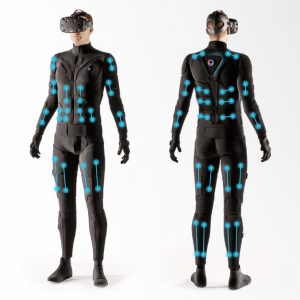 Most of us aren’t likely to try out haptic suits, or headsets with specialized brain sensors any time soon. Let’s examine what VR technologies the average consumer is likely to experience. 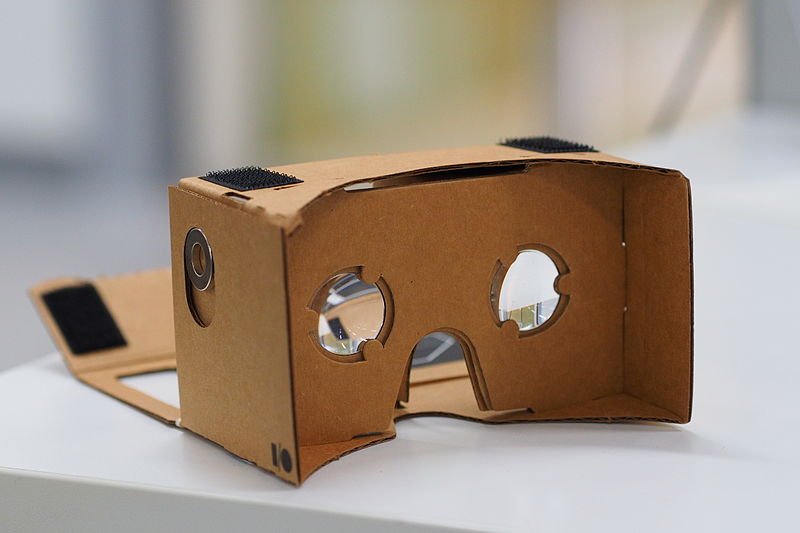 In June of 2014, Google introduced Cardboard headsets that support 3d apps for your smartphone. The headsets are made of a piece of cardboard cut into a specific shape, 45 mm focal length lenses, and a few connecting parts to create an affordable and widely accessible VR technology. The headset specifications designed by Google are freely available on their website.

The video above gives you a better idea of the design behind cardboard VR apps. Google has made three software development kits available for developing cardboard apps; supporting Android, iOS, and multi-platform game engine, Unity. Pre-assembled headsets of varying qualities are available on Amazon for around $10, making this the most affordable headset on the market. GoPro even has an adapter for shooting 3d footage viewable with the cardboard viewers. These cardboard viewers support a Netflix app, can take you on a journey through outer space, and even help you practice public speaking.

There are a number of other products similar to Google cardboard, but with a little more attention to headset design, and having their own app libraries. One of the most popular mobile VR headsets is the Samsung Gear VR, which comes closer to $99. These headsets also come with a handheld controller for a more engaging game experience. The Samsung Gear has an ever-growing library, and is holding up well among the competition. 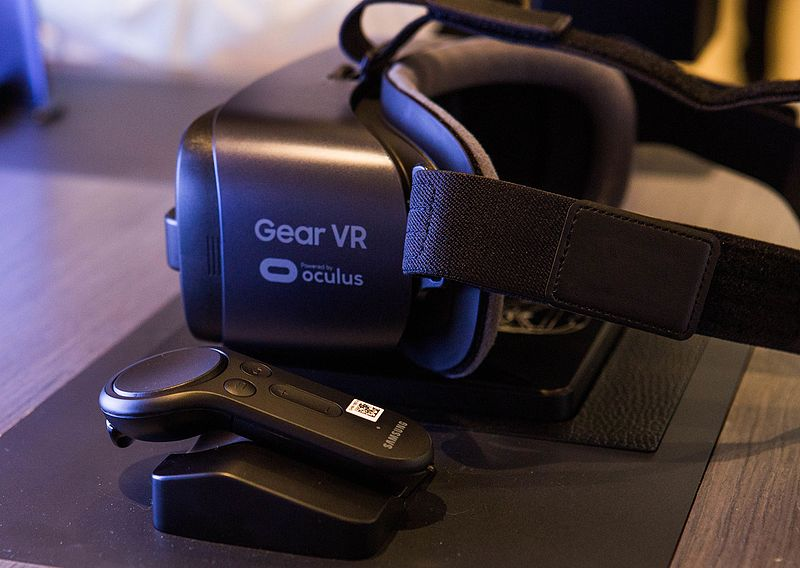 PlayStation has a VR headset available, which is currently just over $200; their reliable gaming systems and loyal customer base gives them a strong position in the market. Their headset works with PlayStation controllers you already own, with additional handheld controls available. PlayStation has a growing list of titles available for their VR headset and are likely to remain a strong player in the field.

At the cutting edge of VR headsets is the Oculus Rift. This headset offers the most immersive experience and is a step ahead of the competition with a seamless 360 VR experience. Coming to nearly $400, this headset requires a powerful gaming pc to really shine. Oculus uses optical sensors to track the IR LED emitters on the headset, and has lenses that deliver 1200 x 1080 resolution per eye at a 90Hz refresh rate. 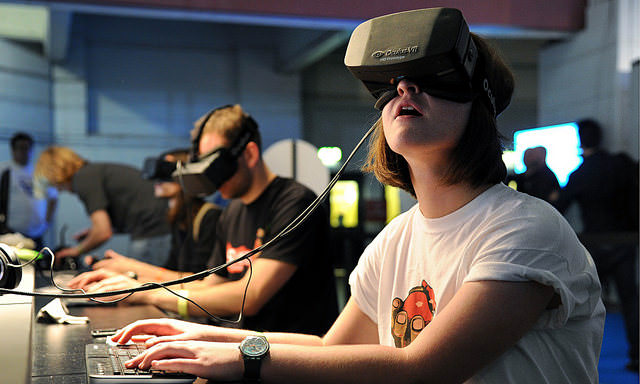 What’s really the difference between the cardboard headsets and high-end models? For starters, all of these headsets use similar screens. The main difference in screens is that some models use the screen and processor of your smartphone, and others use a cellphone screen thats stand-alone, powered by pc or gaming console. The other difference between the low end and high end is comfort, and how well they block out light. What all of that means is that it doesn’t cost much to get a taste for the VR experience. Even though phone driven headsets don’t have the power of a gaming pc, or PlayStation, these will be the most widespread headsets on the market so new games and apps will continue to appear for them. Of course, for the most seamless 360 experience, you’ll want to be powered by something stronger than your smartphone. 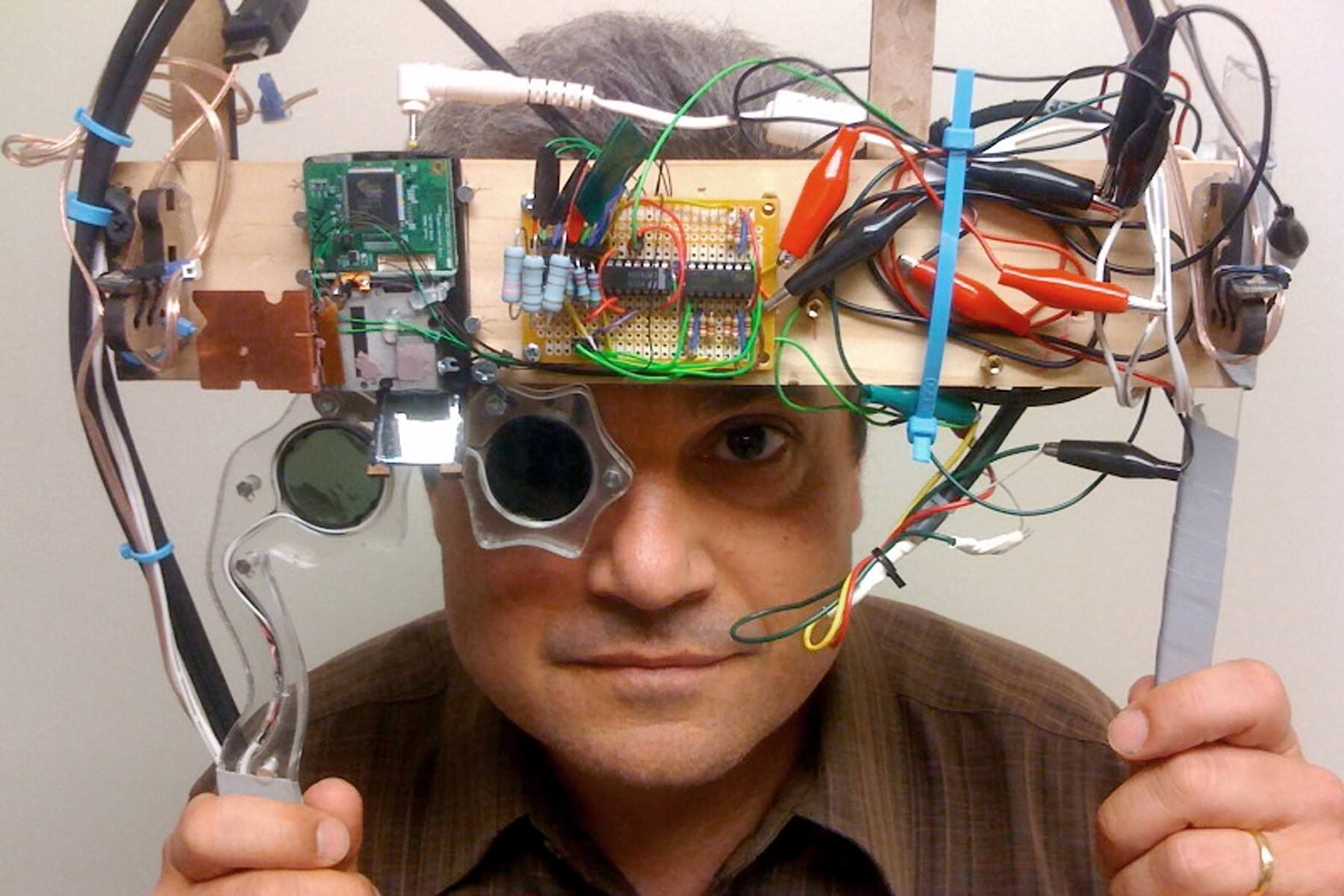 VR has already been a research tool for a few decades, and that trend will continue. According to Google Scholar, over 200,000 papers have been written on Virtual Reality in the past 10 years. That research includes applications as well as on the technology itself. VR is being applied in human behavior research, including therapy, trauma recovery, training, and many other fields. VR with additional sensors, and mapping the connections between our eyes our bodies and our brains, there is a lot of potential for advanced knowledge to grow out of the virtual reality ecosystem..

Virtual Reality can offer a number of immersive learning experiences unparalleled with any other technology. Imagine VR in the classroom that could take students around the world and journey through time for a more expansive educational experience. Researchers are working to create 3d datasets of living brains. Built on the Google cardboard platform, researchers and students are able to thoroughly explore the brains of zebrafish. Within the VR environment, users navigate the brain, examining the way different structures relate with each other, and can even turn off the visualization of certain regions to be able to see others more clearly. Eventually related technologies could allow doctors to explore our inner regions through virtual reality viewers as a support for diagnosis, surgery and other procedures.

For now, we can wait for the technology that powers Oculus to become more affordable, and for even more advanced features to come available. Immersive is the golden word when it comes to VR, and the bells and whistles providing complete immersion are still being created. I’m thinking, more fully featured haptic suits and gloves, smell sensors, more perfectly fluid 360 vision, and of course we’re always hoping for an enhanced graphical experience. The ultimate promise of virtual reality is to enhance every type of activity, from professional, to educational, entertainment, and pleasure. Surely this journey through the VR space has given us plenty to fantasize about.